Definitely not for the faint hearted, ice diving is an extreme, adventurous activity that not many divers get to experience.  Those who do, however, find an underwater world like no other — a clear turquoise colour that’s unique to an under-ice environment, sunbeams that penetrate through the ice cracks and a feeling that you’ll never know what you might come across.

When it comes to ice diving, countries such as Russia or Canada may come to mind but the season is about to get underway in Japan, and I was delighted to see this two-page spread in the latest edition of Japan’s Marine Diving magazine, that explains what ice diving is all about and brought back some fun memories. 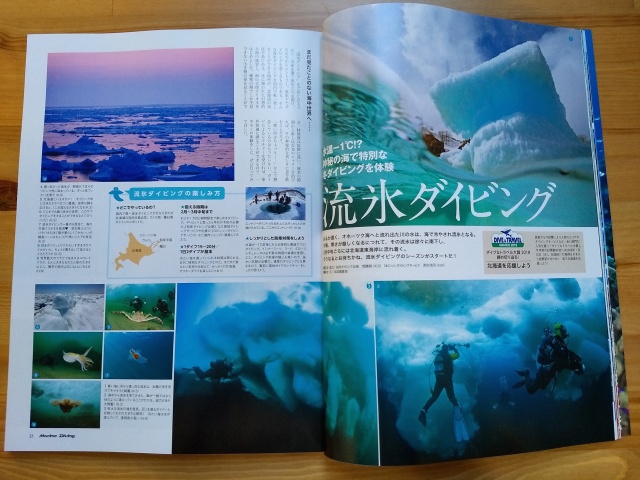 Each winter off the northernmost island of Hokkaido, ice floes from Sibera are blown down across the Sea of Okhotsk, where they settle around the Shiretoko Peninsula, becoming more rounded as their edges soften.  It is here that the ice diving season begins, running in February and March.  While it’s possible to spot a few fish, most divers come to see the tiny, transparent sea angel or clione.  Besides the mesmerising layers of ice on the water surface, ice diving also provides other unique experiences..  Visibility is excellent, while particulate matter settles more easily thanks to the calm sea.  The rocky topography is also home to seagrass, crabs, starfish, shrimp and even tiny nudibranchs if you have a keen eye and are brave enough to withstand the -1C temperatures for long enough to keep looking.

Ice diving in Japan is more of a taster or introduction as opposed to a longer fun dive.  Most dives will usually be no deeper than 10m and for less than half an hour due to the extreme environment.  Non-Japanese divers who wish to try should ideally have some dry suit experience, an Advanced Open Water certification and most importantly, be able to speak some Japanese for safety reasons (briefings on safety measures and dive procedures will be detailed and strict).  If not, please make sure that you are accompanied by another diver who is able to translate on your behalf.

Dive shops on the Shiretoko Peninsula have become increasingly concerned about the lack of ice over the past couple of years, most likely due to climate change and global warming.  But the two-page spread in Marine Diving gave me a lot of hope, that ice diving is still possible after all.  If you’re a keen diver in Japan who speaks Japanese well enough and knows how to dive in a dry suit, I highly recommend this incredible underwater experience! 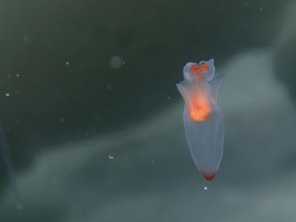 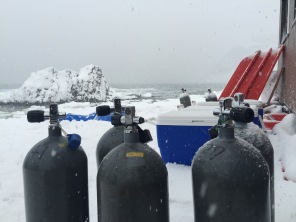 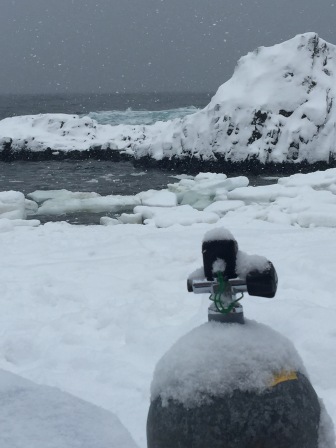 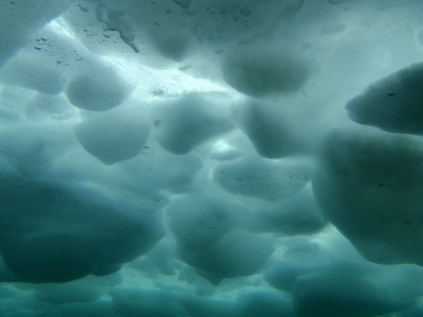 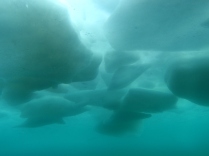 Click here to read about my ice diving adventure in February 2016: https://bonniewaycott.com/2016/04/06/february-2016-the-return-to-shiretoko-hokkaido-japan/