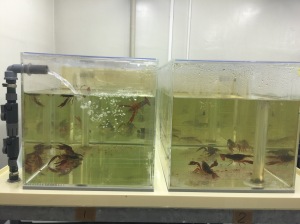 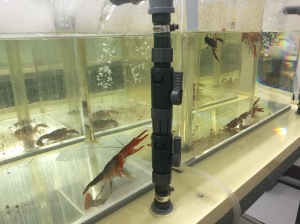 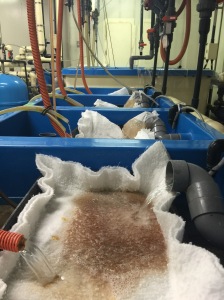 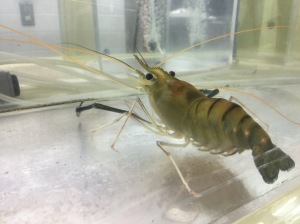 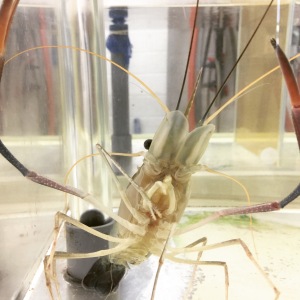 Back in July I was delighted to visit the Japan International Research Center for Agricultural Sciences, or JIRCAS, in Tsukuba, thanks to my friend Dr Marcy Wilder who is involved in shrimp aquaculture there. At first glance there is no obvious link between JIRCA and scuba diving, but as I prepare to start an online MSc in Sustainable Aquaculture with the University of St Andrews in Scotland next month, I’m more than keen to start delving into the world of aquaculture here in Japan.

JIRCAS is what’s known as an “Incorporated Administrative Agency” that comes under Japan’s Ministry of Agriculture, Forestry and Fisheries and plays a key role in international collaborations in agriculture, forestry and fisheries research in Japan.  JIRCAS’s aim is to provide solutions to global food and environmental problems and a stable supply of agricultural forestry and fishery products and resources.

In the fields of fisheries and aquaculture, research at JIRCAS consists of three important areas: the sustainable utilisation of living aquatic resources, technology that doesn’t negatively impact on biological diversity, and socioeconomic studies on the marketing and distribution of aquatic products.

Today shrimp farming is a significant industry worldwide and production is increasing rapidly to meet demand.  The industry has grown in Southeast Asia in particular, but the farming methods involved have often been controversial and resulted in environmental problems and a shortage of shrimp spawners.  Marcy is currently working as a senior research scientist at JIRCAS.  Her research covers areas such as reproduction, osmoregulation and technology to control female maturation in captivity. She is also developing land-based re-circulating systems with zero impact on the environment, and her technology is being used to produce shrimp in the mountains of Niigata prefecture near Myoko.  As she showed me around the labs, I got to see some of the shrimp she is working on and hear more about her research, including the current status of freshwater prawn culture in Vietnam and the light perception capability of shrimp. I was really impressed, not just by the vast amount of research that’s going into a single species, but also by the possibilities Marcy’s technology entails, and hope that its implementation will contribute to the sustainability of shrimp aquaculture and to an even better environment.